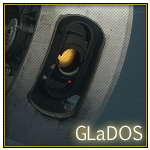 "I am definitely a madman with a box."

Well, hello there. I'm Missy, not my really name, obviously, but that's not meant for the eyes of mortals.

Uh, as you can see, most of this information can be found on my lovely little Driver page. So, uh, please visit that instead of hanging around this lame-o place.

I've been collecting Monster High dolls pretty much since they came out and contributing to their online Wikis for nearly as long. I've only just recently gotten a Wiki account.

I love anime and manga, especially the magical girl genre. I watch and read a number of them, including Sailor Moon, Shugo Chara, Magic Knight Rayearth and Tokyo Mew Mew.

I also watch Adventure Time With Finn and Jake, which is a really cute and crazy show. My favourite characters are BMO, Princess Bubblegum and the Ice King.

I read normal books too, not just manga, like Harry Potter, The Hunger Games, anything by Alex Flynn, but I have a soft spot for Beastly, and Percy Jackson and the Olympians. Another favourite of mine is the Adventure Time comics series.  And, of course, the Ghoulfriends series.

Even though a lot of girls I know are starting watch more 'adult' TV shows, I still love cartoons. Cartoons I like are Batman: The Brave and The Bold, Spectacular Spiderman (both shows that star the amazing voice talents of John Di Maggio.), Avengers: Earth's Mightiest Heroes and Scooby Doo: Mystery Incorporated.

I also love love love the Total Drama franchise. I'm not as big a fangirl as Sierra, but I like it's snarky humour and obvious parodies of reality shows. My favourite characters would have to be Gwen, Noah, Dawn and Mike (especially as Manitoba Smith and Mal.)

My number one love is, however, Doctor Who. It's a great show and I highly recommend it to people who like sci-fi and adventure, not to mention the quirky charm of the protagonist, my favourite time travelling alien ever.  I like Matt Smith's Doctor a lot and am really sad that he's leaving Doctor Who.

In case you hadn't guessed, I like superheroes. I even play superhero RPGs with my friends. My favourite superheroes to date are Batman, Spiderman, Mister Fantastic, Jean Grey and possibly Deadpool, since he's weaselling his way into my heart. So, I watch most of the Avengers and Marvel movies. I'm also really obsessed with the Marvel LEGO videogame and all of it's delightful quirkiness.

Speaking of delightfully quirky things, my deviantArt account is DelightfullyQuirky, if you ever want to see some of the stuff I draw.

I'm fond of video games, some of which I play with my younger siblings. My favourites are the Super Mario series, especially the RPGs (Bowser's Inside Story, the entire Paper Mario series and Partners In Time are all amzing video games), and the Kirby saga. I also adore the Pokemon games and play Minecraft all the time.

Also, Portal. Oh my god. Portal is my favourite game at the moment, and I've played through both games, Portal and Portal 2, twice to get every achievement. The plot is great and the game mechanics are very clever. I highly recommend it to everyone who likes a good puzzle game. The story is amazing, the characters are fab and everything about it is just amazing.

I really, really love League of Legends, even though I suck at it. My favourite characters are Ashe, Annie, Miss Fortune, Riven and Veigar. However, the character I love the most is Jinx.

My favourite movies consist of a lot of Disney and Pixar, with a few live action things mixed in. I really like the Ghostbusters movies, and my current favourite Disney movie is Wreck-It Ralph.

I'm into online roleplaying and roleplaying period, due my literary inclination. I love writing and getting into the heads of characters is really interesting.  I play Dungeons and Dragons and stuff a lot and really want to run a Doctor Who RPG someday.

I listen to a lot of J-POP, especially Vocaloid. My favourite Vocaloid songs are pretty much anything by Megpoid Gumi and "World is Mine" by Hatsune Miku.

I guess could also say that I'm 'into' updating my profile page, since I do so obsessively.

I will guiltily admit that I watch Inanimate Insanity. It's really stupid, but I find it very amusing for some reason that I can't explain. It's my guilty pleasure. It has some meaningful messages in it, and is fun to watch. "Friendship is the most important in the world. Besides Wal-Mart." My favourite character is Test Tube.

I'm like a meme generator, reguritating all of the most hilarious things that I hear on the Internet. I have a fondness for 'Engrish', the main examples of which being Engrish.com, All Your Base Are Belong To Us from Zero Wing and Fawful of the Mario Series

I'm slowly getting sucked into the alluring, sugary sweet vortex that is Ever After High. I originally didn't like it and thought it was a silly concept, but I've grown to like it over time. My favourite character is Madeline Hatter, proving once again that I have an obsession with insane people.

Monster High came into my life at just the right time. I was ten, going on eleven. I was still into collecting dolls and things like that, but Barbie wasn't cutting it for me. I wanted something darker and edgier, but with undertones of the same girly sweetness I loved in Barbie.

That's when I found Monster High. Monster High was perfect, as I liked reading about supernatural creatures, but was too chicken to watch real horror movies. MH was the perfect compromise. The characters were creepy, yet cute, with their lolita fashion and adorable personalities.

And seeing all of them with their freaky flaws helped me sort of accept myself, as I grew older and got into middle school.

1. Lagoona Blue - My original favourite, she was just so sporty and cool, something I wasn't. She was also really kind to others and was a good person all around.

2. Spectra Vondergeist - She stole my heart from the moment I saw her. She was cute, shy, secretive, a bit of a drama queen and loved writing. She may have seemed malicious, but just didn't know any better than to spread gossip. She's also really, really beautiful to boot.

3. Ghoulia Yelps - She reminds me of myself. I got her on my 'Which Monster High Ghoul are you most like?' quiz. I'm smart, but kind of anti-social and not very good at being a leader. I also love to read.

4. Robecca Steam - She's really naive and can never remember anything, or get anywhere on time. But she's still a really fun ghoul. And in the Ghoulfriends series, she balances out goody-goody Rochelle and hot-headed Venus perfectly. I'm also a sucker for British people

5. Twyla - She's the prettiest doll I own; I love her design. She is also really shy and misunderstood, which just makes her even more cute. I can understand being a socially awkward penguin like her.

Kiyomi Sake - Daughter of the Kuchisake-onna - The complete shrinking sunflower

Sylvia Malekith - Daughter of the Drow - The Type A control freak

Andria Manning - Daughter of the Enderman - The anti-social tomboy

Jolene Crane - Daughter of the Scarecrow - The paranoid jerk

Donell Ganger - Son of the Doppelganger - The mocking jokester

Teresa Yuri - Daughter of the Boos - The extraverted ditz

Olivia Trivial - Daughter of the Terrible Trivium - The argumentative over achiever

Valerie Neri - Daughter of the Vashta Nerada - The bookish hipster

Karlheinz Von Ampus - Son of the Krampus - The rule-obsessed foreigner

Garrett Hanson - Son of the Dullahan - The not-so-dumb jock

Christine Frezette - Daughter of the Phantom (Scooby-Doo) - The snooty actress

Phillip Grimm - Son of the Fossegrim - The friendly adventurer

Since I'm what you might call an amateur artist, aiming to become a full fledged one, I'm always up to the challenge of doing art for anyone who wants it. Just send me a message and I'll gladly draw your OC or whatever you want!

The 'trivia' section, if you will, about my various habits and other craziness.

Retrieved from "https://monsterhighfandom.fandom.com/wiki/User:MissGeek?oldid=161615"
Community content is available under CC-BY-SA unless otherwise noted.